Jazz on the Mountain

Tickets and information at Eventbrite.com 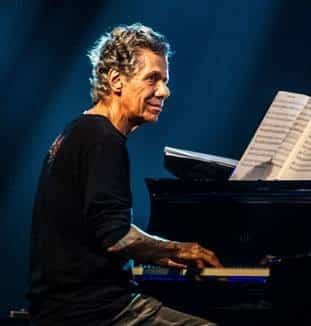 Chick Corea: In the Mind of a Master
Now streaming on Amazon Prime Video

Chick Corea, the virtuosic keyboardist who broadened the scope of jazz during a career spanning more than five decades, died on February 9, 2021  Corea arguably one the most popular and influential musician of the mid-20th century was 79. “Through his body of work and the decades he spent touring the world, he touched and inspired the lives of millions,” his family wrote. In the Mind of a Master takes audiences behind the scenes with the late Grammy Award-winning jazz legend during the making of "The Spanish Heart Band - Antidote" album; an unprecedented, intimate look featuring stories and explorations from his remarkable career. Whether it's to study jazz, gain greater appreciation for the music or just be entertained, the new documentary on Chick Corea checks all the right boxes.